Sofie Berlin, an independent film maker, came to Greece to film a new documentary, “Athenians in Action” which is featured in Swedish TV. Watch Dimitris Giouvris featuring Athens Photo Tour (02:05) to learn more about our business. Athens Photography tours, is a Greek company based in Athens, offering photo tours in the Greek capital and multi day photo tours in other places in Greece, like Santorini island, Tinos island and Meteora.

From Sofie Berlin “The reports on the economic crisis in Greece has been many and most were black. Amidst all this is born anyway creativity to find ways to reverse the crisis. Instead of becoming victims of the crisis, actually gradually benefiting from it. Combining photography with the blooming tourism industry is the natural thing to do.”

Athens Photo Tour in a documentary 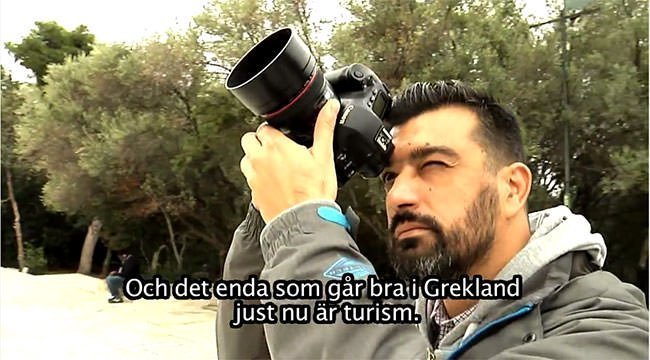